Coburn Farm
During the 19th century, the land in the Webster Hill Area was part of the 120-acre Coburn farm, which Jonas Coburn had purchased in 1801 for $4,400. The Coburn farmhouse and one of the Coburn barns are still located at 153 and 154 Church Street at the foot of Webster Hill, just outside the area. Webster Hill was not suitable for farming and remained undeveloped until 1898, when Arthur Leslie Coburn, a grandson of Jonas, built the first house on the hill for his new bride. At that time, Coburn was working as superintendent of the Hook and Hastings organ factory on Viles Street and also managing the family farm. A. L. Coburn’s handsome Shingle-style house, located approximately where 29 Webster Hill Road is today, was destroyed by fire in the late 1960s.

Frank G. Webster
Webster Hill takes its name from Frank G. Webster, a banker with the firm of Kidder Peabody in Boston. Webster was a close friend of Frank Jonas Coburn, another grandson of Jonas. About 1898, Webster built a rustic summer cabin sometimes referred to as a hunting lodge, at 19 Gypsy Trail (1898/1913, MHC 782, Map #17). The house was initially a simple cabin valued at only $600 on the tax records. Around 1911, the Webster hunting lodge was rented for the summer to author Arthur Stanwood Pier, who wrote for Youth’s Companion and was instrumental in promoting the Boy Scouts. It was purchased about 1913 by Margaret and Francis Goodale, who enlarged and remodeled the cabin into a year-round residence.

Mary Webster
Frank G.Webster’s wife, Mary, owned 77 acres on the hill in partnership with Hannah Coburn [Jackson], wife of Frank Coburn and, after his death, of Fred W. Jackson. For the next decade, the only houses on the hill were the Webster cabin and Arthur L. Coburn’s Shingle-style house on lower Webster Road.
Paul Winsor
In 1910, Webster and Jackson sold land to Paul Winsor, brother of Weston estate owner Robert Winsor. Paul was an MIT graduate who became chief engineer of Motive Power and Rolling Stock with the Boston Elevated. According to family tradition, he was awarded a patent for a street railway braking device and used the income from the invention to build his unique concrete house at 16 Saddle Hill Road (1912). The layout was planned for Paul’s semi-invalid wife, Jesse, and their two small boys. Jesse’s activities were limited but did include caring for plants in a conservatory designed especially for her. Paul Winsor apparently overextended his finances in the construction and had to sell after only a few years. 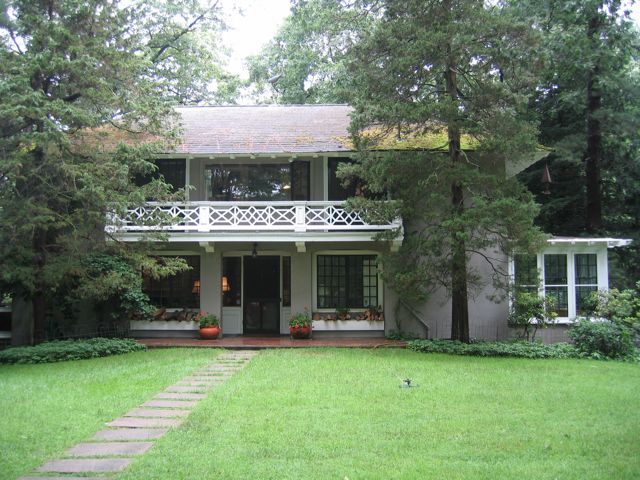 Plumer House
Development on the hill continued as Webster and Jackson sold land to Mary A. Plumer and her husband, Boston businessman and machinery manufacturer Charles S. Plumer. The couple built a Colonial Revival house in 1910-11 (11 Webster Rd., formerly #23, 1911, Map #7), designed by Samuel Mead. Mead was a resident of nearby Pigeon Hill in Weston and a principal in the Boston firm of Cabot, Everett and Mead. After Charles Plumer’s death in 1912, the house was rented, then purchased in 1915 by architect and engineer Archibald Monks, who owned it until 1957. He sold it to Granton H. Dowse Jr., who lived here until the end of the century. 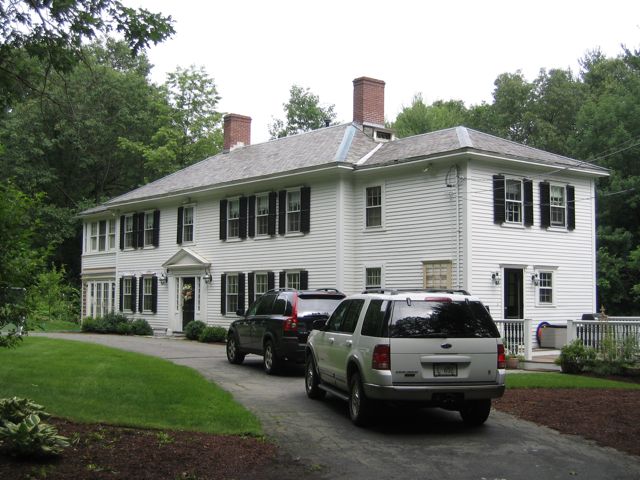 Plumer/Webster Road
The Plumers subdivided the land and sold off lots within the loop of what they called Plumer Road, a name later changed to Webster Road. In all, about half a dozen houses were built on Webster Hill between 1910 and the beginning of World War I. In addition to the Winsor and Plumer house, houses built in the 1910’s were located at 38, 74, and 83 Webster Road.
Ripley, the brother of teacher Emma Ripley, was an “orchardist” whose family owned apple orchards extending from Ripley Lane into Wayland. In 1913, the Webster cabin was remodeled into a year-round house. 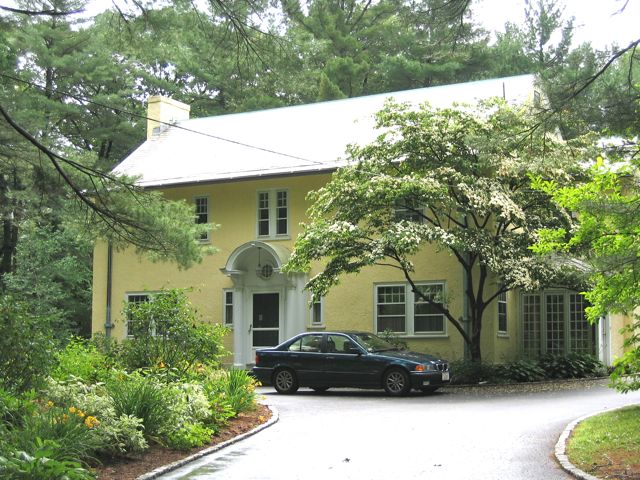 2nd Building Cycle
A second building cycle followed in the early to mid-1920s and resulted in houses at 37, 58, 60, 64 and 78 Webster Road.
Webster Road has remained largely intact and unchanged since that time, with the exception of a 1954 ranch house and the 1998 mansion at #29, which is set back and cannot be seen from the street. 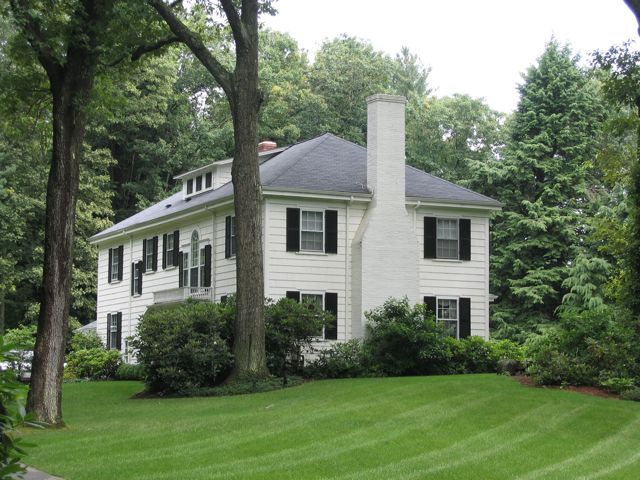